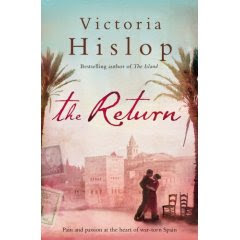 I absolutely loved The Island and have looked forward to reading this book since its publishing was announced. Having had a family home in Spain both under Franco and since, and adoring flamenco,( if you can get to see Joaquin Cortes do) I was convinced I was going to love this book too. And I did up until about half way. When flamenco was involved there was passion but otherwise it just lacked something. I think that once we got into the civil war it read more like a history book. We did not learn any more about the characters, their motivation and feelings other than what we were told,it became a passive experience, in fact I just did not become invested in them as charcters. Yes I wanted to know what happened and it is a non demanding light read, but it lacks the depth of The Island. I also thought that the Ramirez family pushed credibility, one son a socialist teacher, one a fascist bull fighter, one a homosexual flamenco guitarist and the daughter an outstanding flamenco dancer hmm........
Posted by Vicki Goldie, author at 14:16

I have to agree.
I found your blog after looking for reviews. I read the book last weekend and felt the same about the loss of the reader's involvement with the character's during the history lesson. I was also very dissapointed with the implausible twist at the end. A disappointment and almost formulaic (The Island) in following the theme of a daughter's quest.