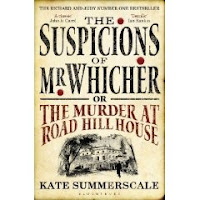 This is a book of non-fiction. I am going to be pedantic here.It is not a murder mystery story, it is about a true murder mystery, that launched the genre of classic crime writing. Many of the negative reviews I had read did not seem to grasp this fact.

It is a fascinating book, a little slow in places, but then it is Kate's attention to detail that really show how a classic crime story can be built up. This case influenced the writing of Wilkie Collins, Charles Dickens and Arthur Conan Doyle and as we delve into this true case ( in the South Wset of England) we can see the parallels. ( It really makes the book more interesting if you have read some of these authors before, so that you can see the construct of these novels and how they were influenced by the case)

What I found amazing is that the murderer having served their time and on being released was able to live a normal-ish life. Do we think that could happen today? Also did any one else feel that the murderer might not have acted alone and was covering for someone else?

This would make a very interesting Reading Group Read perhaps with a Sherlock Holmes short story or The Moonstone by Wilkie Collins, as this book draws such close parallels with the real detective and the fictional Sergeant Cuff. 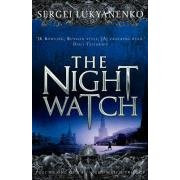 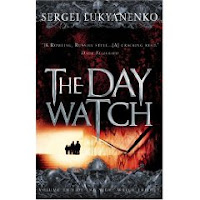 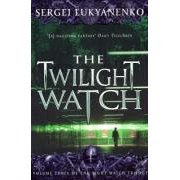 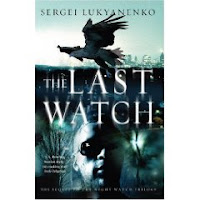 Ok, now I feel silly. Did I get enough blood lust? Obviously not as I was introduced to this series and they are fantastic! The author is Russian and these are set in modern Russia. That makes them fascinating from the start as we get an insight into Russia today. (Lots of empty, half built luxury apartment blocks + lots of Vodka.) The idea behind these books is great too. Imagine a world where there is a hidden layer, a layer of vampires, wizards, demons, witches, werewolves etc. Now put them into a sort of cold war context. We have the Light watch that works by night, keeping an eye on what the Dark Watch is up to. This is reversed during the day. There is a balance, any good deed performed by the Light Watch has to be balanced by a dark reprisal. The two watches are set up as sort of politburo's with members of all different grades working at different levels. They have their own buildings, their own leaders, it is very, very clever. The members of these watches are called "Others", they appear the same as humans but are born with supernatural powers. Time, upbringing and life events will determine if an Other turns to the light or the dark side.
Into this mix we have a continuing story of the progress of Anton, our hero of the light as he moves up the organisation.
Add to this in each story a murder style mystery and you have some very classy books. I really hope this develops into a long running series.
The last book so far is set in Edinburgh and features Merlin! I love the way that the Night Watch, as they have no morals, can always travel First Class!!!

Posted by Vicki Goldie, author at 12:07 No comments: