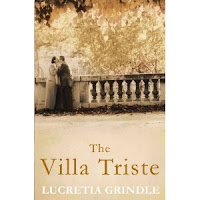 This book is fantastic. We were lucky to get some proof copies for our reading groups, and they loved it too! Do not be put off by the title or the first chapter this is not a romance, it is a brilliant dual time mystery. In the near present we have a serial killer bumping off partisans from WW2, they are found murdered execution style with a mouthful of salt. Our detective finds an old diary at one of the victims houses and back we go to the second world war in Florence, Italy. I love Italy ( you will have realised that by the number of books I read set there!) and yet had no idea of the hardships and turmoil that occurred during the war. Invaded by their former allies the Nazis, setting Mussolini back up and bringing back the hated(?!) Fascists, the partisans, many of them deserters from the Italian forces fighting both of them and attempting to work with the British Allies who were bombarding and invading from the south. Wow, fascinating, moving and a great puzzle,as we get to solve the present day murders and expose the past, a brilliant book for a book group.